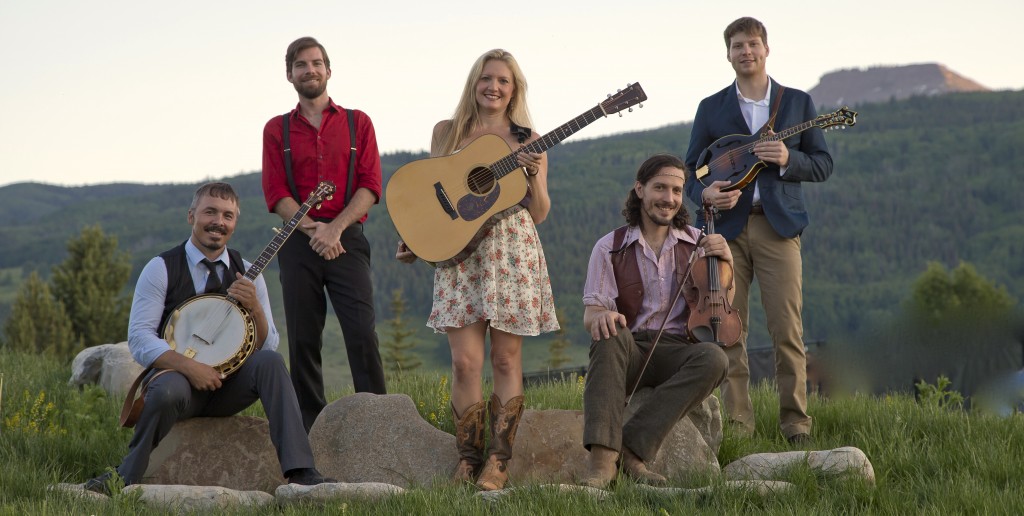 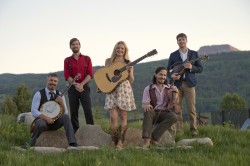 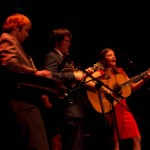 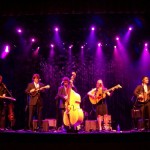 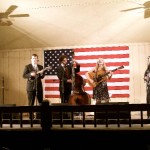 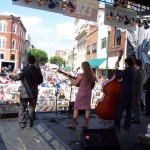 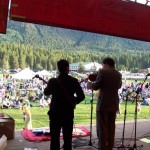 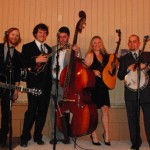 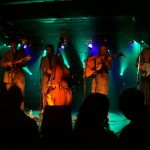 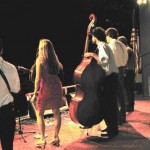 Rebecca Frazier gained notoriety as the first woman on the cover of Flatpicking Guitar Magazine, and has since become known as “a genuine triple threat as singer, songwriter, and flatpicking guitarist.” (Nashville Scene) With over a decade of touring under her belt, Frazier has returned to the national stage with her flatpicking and songwriting showcase, When We Fall, and her new affiliation with Compass Records. Rebecca Frazier and Hit & Run have continued to delight audiences across the country with the “handspun yet motor-driven” music that earned Hit & Run their reputation as “one of the tightest groups performing.” (Denver Westword) They are the only band to win the top triumvirate of major bluegrass band contests at the Telluride, Rockygrass, and SPBGMA Festival Band Championships.

Hit & Run formed in late 2001 with the mutual desire to play “authentic yet modern” bluegrass. They quickly launched as a successful touring act out of Colorado, gracing stages of prestigious festivals and venues in 36 states and Canada and eventually migrating to Nashville in 2007 with two studio albums under their belts. Since 2002, Hit & Run has shared stages with the likes of Jimmy Martin, Hot Rize, Rhonda Vincent, Jerry Douglas, Sam Bush, Del McCoury, David Grisman, Ricky Skaggs, Creedence Clearwater Revisited, G. Love & Special Sauce, Galactic, Medeski Martin & Wood, and many other recognized acts in bluegrass and popular music.

Journalist Craig Havighurst calls Rebecca Frazier “East Nashville real deal bluegrass,” and the success of her release, When We Fall, has been authenticating this title. The album earned accolades in 2013—“Best Bluegrass Album of 2013,” according to Bluegrass Situation, #6 on Bluegrass Today’s Monthly Chart, and #3 on Roots Music Report Bluegrass Chart. Rebecca’s work has been featured in national publications, including Bluegrass Today, Engine 145, Deep Roots Magazine, Maverick, Bluegrass Now, Bluegrass Unlimited, and more.

Rebecca worked through a personal tragedy to write and then record deeply personal songs for When We Fall, released May 28, 2013 by Compass Records. Recorded and co-produced by Brent Truitt (Dixie Chicks, Alison Krauss, Dolly Parton), the album features several flatpicking guitar “manifestos” from Rebecca’s compositional repertoire, as well as original ballads, folky Americana, and bluegrass songs following a Neil Young cover and the traditional “Ain’t Gonna Work Tomorrow” from Hit & Run’s stage repertoire. Says Deep Roots Magazine, “Frazier is in superb voice throughout…As much as it is a musical achievement, When We Fall persists in memory for its flesh and blood humanity.”

The result is the engaging and transparent When We Fall. Grammy Award winning musician Alison Brown hails Frazier by saying, “Rebecca Frazier is a triple threat.  She is a wonderfully engaging singer, a compelling songwriter and an accomplished guitarist to boot.  All of these talents come together to dazzling effect on When We Fall.  I’m proud of Rebecca for what she’s achieved on this album, for her tenacity in pursuing her dream, and for recording one of the best bluegrass albums of this decade.”

Since 2001, Hit & Run has gained the respect of promoters, fans, musicians, and media across the country with their “indefinable vibrancy that distinguishes the great from the good” (Colorado Daily). Touring as Rebecca Frazier and Hit & Run in support of When We Fall, the band showcases Hit & Run’s arrangement prowess while bringing Rebecca’s compositional and writing skills to the forefront for the first time. Bryan Sutton confirms that When We Fall is “an incredibly strong record…great songs combining smart and inventive guitar playing with deep, emotional bluegrass singing.”