REBECCA FRAZIER
When We Fall 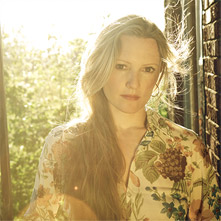 It’s no secret that artists sometimes create their most authentic works in moments of despair. While intentions to repair their own broken hearts can supersede their desire to communicate with the public, the rawness of their experiences often creates a bridge to the hearts and minds of others. It is a circumstance such as this that brought guitarist, singer, and songwriter Rebecca Frazier to her newest work.

Frazier achieved notoriety in the bluegrass world as the first woman ever to appear on the cover of Flatpicking Guitar Magazine, and is widely known for her work with award-winning Colorado-based band, Hit & Run. In November 2010, Frazier was faced with a void after the loss of her second son, Charlie. Uncertain of the future, and trying to move forward while continuing to raise her first son, a toddler at the time, she turned her attention to her writing. She’d hoped to revisit her muse once her second son was of school age, but life had different plans. And as life can do, it took another turn during Frazier’s unplanned return to the studio in 2012–the birth of her first daughter, Cora, took place during the recording of her May 28 Compass Records release, When We Fall.

“The temptation was to hide under a rock,” Frazier says of the loss of her son. “But even grieving is impossible with a toddler in the house. I dusted off old journals with half-written songs. I took my son walking in Shelby Park and sang melodies.” 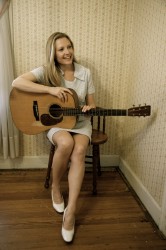 On one of those walks in 2011, Rebecca happened upon one of Nashville’s most treasured and respected producers. “I was strolling my son in East Nashville when I recognized Brent Truitt (Dixie Chicks, Alison Krauss, Dolly Parton) on the sidewalk–we’d jammed at a bluegrass party years before. We started chatting, and he invited us to his son’s birthday.” Frazier and Truitt talked about working together in the future. “I called him a few weeks later and said, ‘Let’s do this.'”

When We Fall is something different for Frazier: a collection of self-penned bluegrass and Americana songs, presented in a classic way. “I’m inspired by music from the 1970’s,” she says. “early Bonnie Raitt; old-school Tony Rice and Dave Grisman Quintet; Neil Young: this music feels like home to me,” she says.  And but for the one Neil Young cover, Frazier has divulged a lot of herself with her ten original songs, while still showcasing the shredding guitar skills she’s known for. In songs like “Love Go Away From This House” and “Darken Your Doorway,” she offers painful perspectives from failed love, and, as she puts it, “all the bad that comes with the good.” Yet there are hopeful notes about long-term romance in “Walk This Road” and “Morning & Night.” There’s an old-time feel to “Better Than Staying,” in which each character’s restlessness to keep moving culminates in the calm peace of a dying mother. The song, “When We Fall,” Rebecca says, “asks a question about losing our innocence. Can we fall down and lose self-respect, but get back up and look ourselves in the eye?” The album ends with “Babe In Arms,” a lilting string-band lullaby for her son.

The album places Frazier right in line behind the bluegrass women that preceded her—the driving track “Ain’t Gonna Work Tomorrow” is reminiscent of early recordings of Alison Krauss, while instrumentals such as “Virginia Coastline” and “Clifftop” give a tip of the hat to guitar legends Tony Rice and the late jazz guitarist Emily Remler, about whom Frazier wrote her Honors Senior Thesis at the University of Michigan. 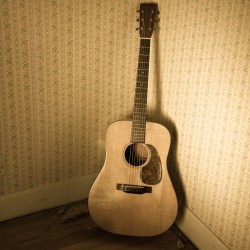 Originally from Virginia, Frazier is perhaps best known for her work with Hit & Run Bluegrass, which made history as the only band to win competitions at Rockygrass (2002), Telluride Bluegrass Festival (2003), and the SPBGMA Band Championship in Nashville (2005).   Driven by Rebecca and John’s leadership, Hit & Run became one of Colorado’s most electrifying acoustic touring acts. According to Denver’s Westword, “Something’s got to be up when one bluegrass band suddenly surpasses all the others.”

The group was launched as a successful touring act out of Colorado, gracing stages of prestigious festivals and venues in 42 states and Canada, and eventually migrating to Nashville in 2007 with two studio albums under their belts. Once there, the group’s mandolinist (and Rebecca’s husband), John Frazier, was offered a position with John Cowan Band. The timing was right. “I was daydreaming about starting a family,” says Rebecca. “I knew I couldn’t make the leap into motherhood while living on the interstate and at festivals.” Her first child was born. Hit & Run continued to tour, albeit not full-time. Rebecca continued her studio work (she’s a featured performer on Curb Records’ 2012 release, The Last Ride, the soundtrack for the 20th Century Fox movie, and she and John produced three records for CMH Records’ Pickin’ On series); she used her spare time to write.

The result is the engaging and transparent When We Fall. Grammy Award winning musician Alison Brown hails Frazier by saying, “Rebecca Frazier is a triple threat.  She is a wonderfully engaging singer, a compelling songwriter and an accomplished guitarist to boot.  All of these talents come together to dazzling effect on When We Fall.  I’m proud of Rebecca for what she’s achieved on this album, for her tenacity in pursuing her dream, and for recording one of the best bluegrass albums I’ve heard this year.”

While the album showcases Rebecca’s longstanding passion for guitar with several barn-burning originals, listeners will also hear the pure, pining—and at times exposed—soprano tones of a woman who has matured through seasons of heartbreak, loss, and love. It’s unusual for a touring musician to move to Nashville with the intention of having children soon after, but motherhood has seasoned and enhanced Frazier’s music.

In Flatpicking Guitar Magazine, Dan Miller writes, “Rebecca has worked incredibly hard…to get where she is today. And although she has achieved great success, she continues to be very passionate about her music and her guitar playing. I predict that many will point to Rebecca as a role model, inspiration, and guitar hero. Her journey is one that should serve to inspire any guitar player, singer or songwriter.”

Rebecca Frazier gained notoriety as the first woman on the cover of Flatpicking Guitar Magazine, and has since become known as “a genuine triple threat as singer, songwriter, and flatpicking guitarist.” (Nashville Scene) In 2017, Paste Magazine included Frazier in their piece titled “7 Women Smashing the Bluegrass Glass Ceiling.” Frazier was the first woman to be nominated for Guitar Player of the Year by the Society for the Preservation of Bluegrass Music of America (SPBGMA) in 2018, and was nominated again in 2019.

Frazier is widely known for her work with award-winning Colorado-base bluegrass outfit, Hit & Run. The only band to win all three Rockygrass, Telluride, and SPBGMA Festival Band competitions, this successful touring act has graced stages of prestigious festivals and venues in 42 states and Canada, and eventually migrated to Nashville in 2007 with two studio albums under their belts.

After experiencing the loss of a child in 2010 and a subsequent break from touring, Rebecca focused solely on her writing for 2 years. The result is her transparent 2013 Compass Records release, When We Fall, which reached #3 on the Roots Music Report National Bluegrass Chart, #6 on the Bluegrass Today Monthly Chart, and garnered praise as “Best Bluegrass Album of 2013” by Bluegrass Situation. Nashville journalist Craig Havighurst dubbed Rebecca Frazier “East Nashville real deal bluegrass.”

All Through the Night, 2005. Nathan Folsom
Mandolin, Vocals- Rebecca Frazier 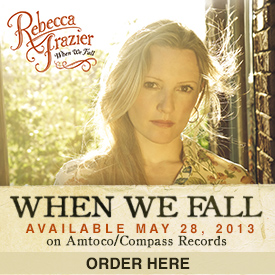